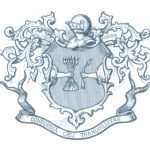 The Seven Incorporated Trades of Aberdeen website was set up in 2012.  It is managed, run by and updated by the Seven Trades, all of which have had an input in to the content.

As the Incorporated Trades have been in existence since as far as back as the 11th Century, it is impossible for the modern member to have a full knowledge of the history.

If you have any relevant information and/or photographs which you think may be of interest and could be included on our site, or artefacts you think should be archived within the Hall, please get in touch with: