Just inside the North gate of St. Nicholas churchyard one will find a most handsome monument, well befitting the towering figure of distinction whom tonight we honour.

The inscription is in Latin, with which I shall not trouble you, but, in its English translation, it reads as follows –

Consecrate to the most holy and undivided Trinity and to the pious memory of William Guild who. being born and educated in night. this town, and from his tender years nourished in holy studies, first was advanced to the cure of souls at the Kirk of King Edward, and having filled the same for the space of twenty three years was called into this town by the magistrates thereof, having formerly been Doctor of Divinity and Chaplain to King Charles.

He served the ministerial function here for the space often years, when he was translated to the King’s College, where he sustained the Principal ship for ten years, till affairs being troubled among us his integrity did not escape the envy of the times.  Leaving, therefore, that place, he made a resting place for his old age here, where he had his cradle.  Yet he was not addicted to idle slothfulness, but by mouth, pen and spotless life was exemplary to others. The far greater part of ample and innocently acquired patrimony he bequeathed to pious uses.  His wife devoted what was hers to the same uses.  He lived to 71 and upon the 26th day of July, in the 1657, in hope of a most wished for resurrection, fulfilled his mortality.

This burial place, consecrate to the memory of her most deserving husband and herself, was built by Katherine Rolland, who obtained the crown of immortality 25th December 1659.  This, then, is but a brief summary of the outstanding life of the man who, by his great vision and generosity, became in 1631 the Founder and First Patron of the Seven Incorporated Trades of the City of Aberdeen, Dr. William Guild whom we honour afresh this.

Deacon Convener – the toast is THE MEMORY OF DR WILLIAM GUILD. 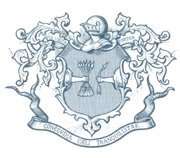 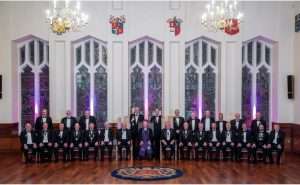 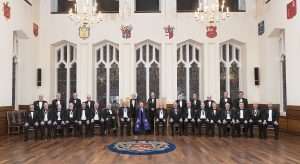 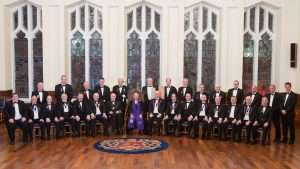 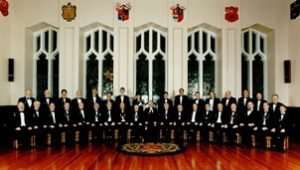 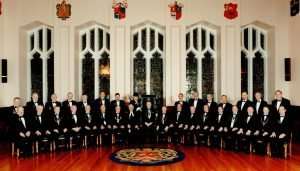 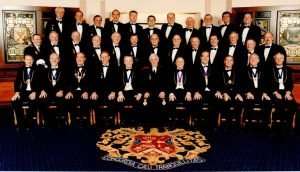 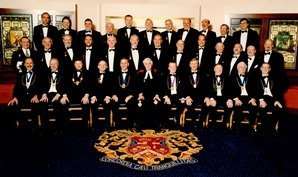 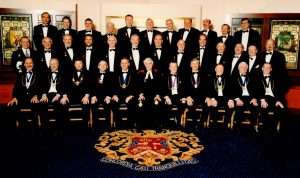