Epeynate Tac – what does it mean?

28 Oct Epeynate Tac – what does it mean? 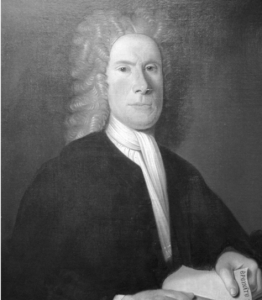 Rev Thomas Blackwell, whose portrait hangs in the main corridor at Trinity Hall in Aberdeen, was called to the Ministry as Presbyterian minister at Paisley, Renfrewshire, on 5 April 1693.

His ordination was delayed until 28 August 1694 for various reasons, one being his own uncertainty about accepting the call.

He moved to Aberdeen on 9 October 1700, and in 1710 he was elected Professor of Divinity at Marischal College.

Rev Blackwell was elected fifth Patron of the Seven Incorporated Trades in 1716 remaining in post until his death.

During his time as Professor of Divinity he wrote three works of theology;

“Ration Sacra or an appeal unto the Rational World about the Reasonableness of Revealed Religion directed against three grand prevailing errors of Atheism, Deism, and Bourignonism” (1710)

Note: Bourignonism was named after Antoinette Bourignon a French religious fanatic of the time.

“Schema Sacrum or a Sacred Scheme of Natural and Revealed Religion making a Scriptural-Rational Account of Creation, Divine Predestination and of the Wise Divine Procedure” (1711) 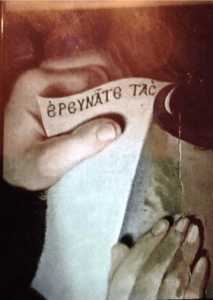 His portrait (above) shows him with a book open to a page where the words Epeynate Tac are shown.

During a visit to Trinity Hall, Daisuke Matsunaga, Consul General of Japan noticed the words Epeynate Tac and asked what they meant and in what language.

Initial enquiries proved difficult and using the English version of the words, I located a single reference in the book “The Fragments of Heracleon” by Heracleon the Gnostic in1891.

It did, however, make sense with Rev. Blackwell being a Professor of Divinity.  It may have been the simple message he wanted to get across for those who saw the portrait.

His Eminence +Lorenzo, Metropolitan of the Ukrainian Autocephalous Orthodox Church – Abroad and Archbishop of Palermo and All Italy, provided some additional confirmation in that “euranate tas graphas” is the correct transliteration from Greek, which indeed does mean “search the writings” (i.e. Scriptures) from Saint Pau’s Second Letter to Timothy, Second chapter, verse 15.  (II Timothy 2:15)

On page 36 the reference is – “Search the Scriptures; for in them ye think ye have eternal life: and they are they which testify of me”   See below for the full reference. 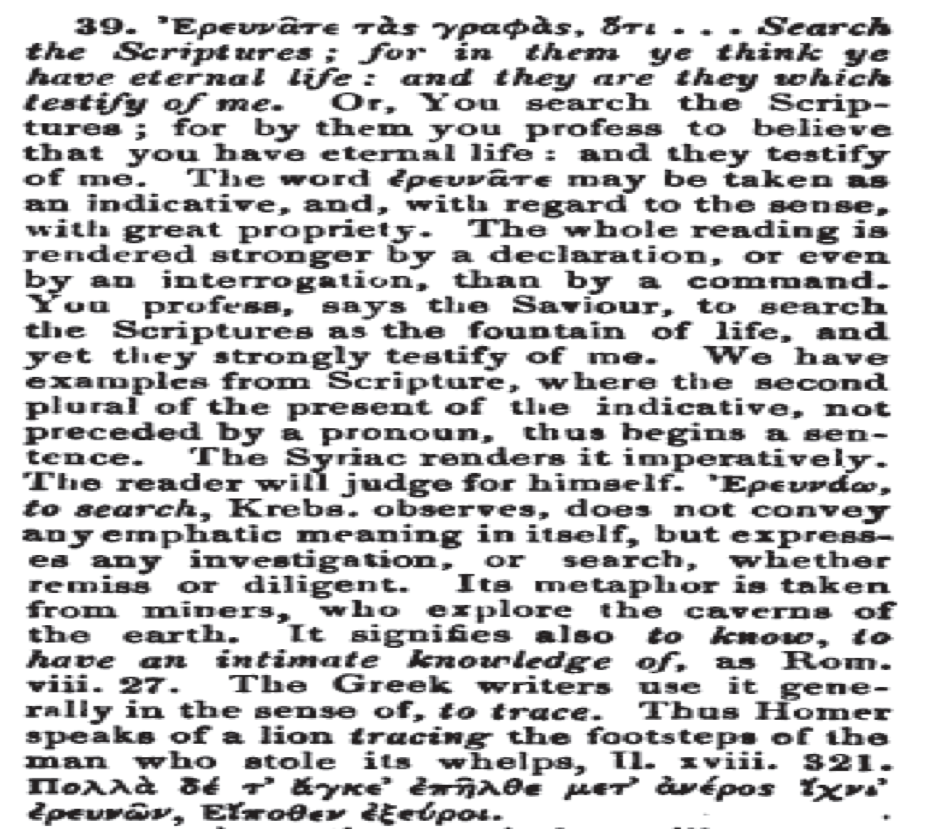