Posted at 17:03h in Historic Information, News by 7trades

While a fiftieth birthday has a large significance in the short live of individuals, this is less so in the life of an organisation 430 years old. It remains nevertheless well worth marking. Our present Trinity Hall celebrated the fiftieth anniversary of its official opening ceremony on Saturday 28th October 2017, the official opening itself having been also on a Saturday, 28th October 1967. To mark this noteworthy event we enjoyed a small series of events.

On Friday 22nd September our own Clerk and Assessor, Craig Pike, along with wife Sophie, mother Eileen, and friends Amanda Massie and Alastair Corbett, treated us to a wonderful and varied concert of music popular in the 1960’s. Our sincere thanks to them for a great evening.

On the fiftieth birthday itself we held a formal dinner at which we were delighted to welcome some people (members, retired members,  wives and widows of members) who had actually attended the official opening, fifty years previously, and the dinner and dance that evening, as well as Celia Douglas, widow of our former Patron Ian Douglas, and long-serving former Clerk and Assessor Graham Hunter. Ex Deacon Convener David Parkinson gave an interesting address on the history of the planning and building of the Hall (his words are reproduced at …….??????…..) and after dinner we were entertained by and enjoyed a good “sing along” with well known popular local duo Jim and Marisha Addison.

The following day our Patron, the Rev. Iain U. Thomson, conducted a service in the Major Hall to commemorate the birthday. In a series of short addresses he made several observations pertinent to our past, present and future, supported by readings from the Deacon Convener, Master of Trades Hospital and the Factors of the Trades Widows and Trades Widows Supplementary Funds, and by a well received selection of popular hymns. Our thanks again to Craig Pike for accompanying the singing on the piano. We were also again delighted to welcome Celia Douglas and also former Patron Allan Main and his wife Ann.

All events were a great success, for which thanks are due to all who organised, participated and attended. Here’s to the next 50! 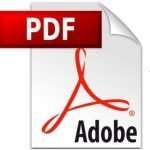